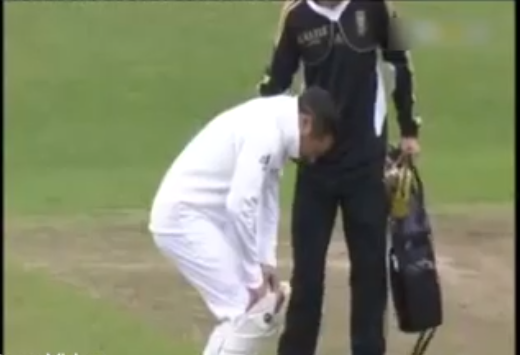 When Imran Tahir’s Google changed the life of Boucher in Karachi at that time
Leading South African wicketkeeper-batsman Mark Boucher is currently in Karachi with his national cricket team as head coach.

Mark Boucher was seriously injured in an accident in 2012 and had to retire from cricket.

There was a series between South Africa and England in 2012 and the county club was playing a practice match against Somerset. In the 46th over of the match, after the spinner Imran Tahir’s googly ball hit the stumps, it hit Mark Boucher in the left eye and Boucher fell to the ground.

Soon he had to leave the ground and his eye was bleeding. Boucher also underwent three hours of eye surgery, during which time he resigned from international cricket.
The accident ended Mark Boucher’s international career and the surgery affected his left eye structure.

These days, the South African team is on a tour of Pakistan after 14 years, where the first Test between the two teams is going to start on January 26, ie tomorrow at the National Stadium in Karachi.

In this regard, the head coach of the South African cricket team Mark Boucher says that the reverse swing can be an important weapon of the test match, a combination has been made for the competition, there may be some surprises.

Boucher recalled that when we came to play in Pakistan, the conditions were different here, now it is a little different.

Mark Boucher said in a press conference that he has prepared well against Pakistan, hopefully there will be good matches in the Test series, the players are now accustomed to the bio-secure bubble, but the series is over as soon as possible.

Regarding the first Test against Pakistan, he said that the reverse swing could be an important weapon in the series.

He further said that his team will go for 20 wickets in the match and there will be no defensive strategy, big score in the first innings will be very important, it is very important to play big innings while playing first in Asia, Babar Azam is a very good player but we Did not target any one, we are confident our team will perform regardless of the conditions.