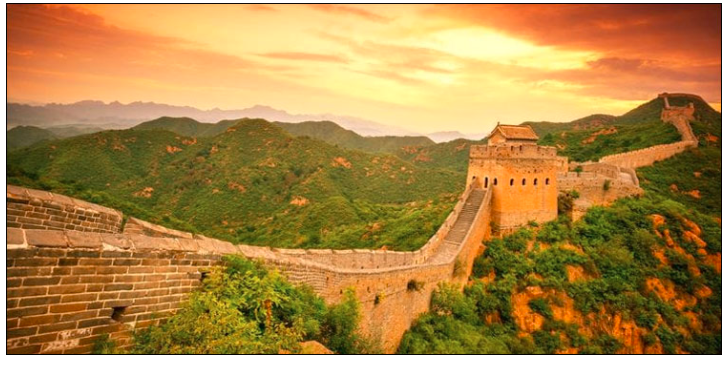 What was mixed with the bricks of the Great Wall of China? Knowing this will blow your mind
Beijing: The Great Wall of China is the world’s longest man-made structure out of all the wonders of the world. This wall that has taken the world by surprise is falling into disrepair due to the passage of time.

The strength of the Great Wall of China can also be gauged from the fact that the material used in its bricks has greatly increased the strength and durability of these bricks.

You will be surprised to hear that rice was used exclusively in the manufacture of these bricks to make them stronger and to make the wall last longer.

The secret of the strength of the Great Wall of China is probably hidden in rice because research has shown that the starch and other important elements in rice are found in the bricks of this wall.

The part of the wall built during the Ming Dynasty is still in excellent condition, with a total length of more than 5,000 km. In the same period, wet rice cooked in rice and lemon water were used in the bricks laid in the wall.

It is also known in some references that rice flour was mixed in the mud of these bricks, also because the Chinese rulers and experts were convinced of its strength and its use in construction.

In this regard, a scientist from Zhejiang University, Ben Jianzend, looked at the bricks with the help of an electric microscope during his research and found traces of amyloid pubicin in them.

Thirty percent of this 8851 km long Great Wall has disappeared over time. According to the local administration, in the destruction of this wall

The biggest hand is the villagers who live at the foot of this wall.

These locals build their houses by removing the strong and thick bricks in the wall. Stolen wall bricks are also sold. The wall is being damaged due to constant theft of bricks and it is getting dilapidated in many places.