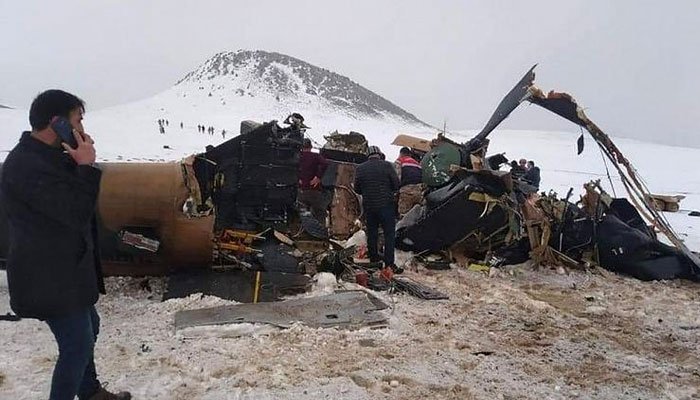 A military helicopter has crashed in Turkey, killing 10 soldiers and wounding three others.

The Turkish Defense Ministry confirmed the accident, saying nine soldiers had died on the spot and one had died in a military hospital.

The accident happened on the outskirts of the city of Tatuan in the Turkish province of Beatles. Authorities called it an accident and did not give a final reason for the crash.

The helicopter was en route from Bangalore to Tatwan with the troops when it lost contact.

In this regard, Tolga Agar, a Member of Parliament from the ruling Justice and Development Party and a member of the Defense Committee, tweeted that Lieutenant General Usman Arbaaz was also killed in the accident.

According to the French news agency, Usman Arbaaz was the commander of the 8th corps of the Turkish army.