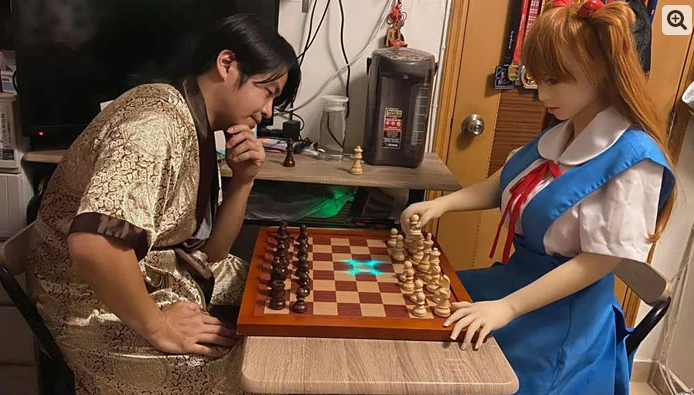 Xi Tiangrong, 34, has been dating his cobbler girlfriend for almost two years, but interestingly, his girlfriend is a doll made of silicone instead of a real human being.
Xie Tiangrong shares photos of himself and his girlfriend Mochi on social media and says that before the doll, all his ex-girlfriends preferred things to him or focused on him after looking at his smartphone. But on the other hand, there is a cobbler who does not ask for anything from her and gives all her attention to Xi Tiangrong.

Xi Tiangrong says he saw the doll 10 years ago but found it too expensive at the time, but when his eyes fell on the doll again in 2019, he bought it because of the low price, and since then he Is with them