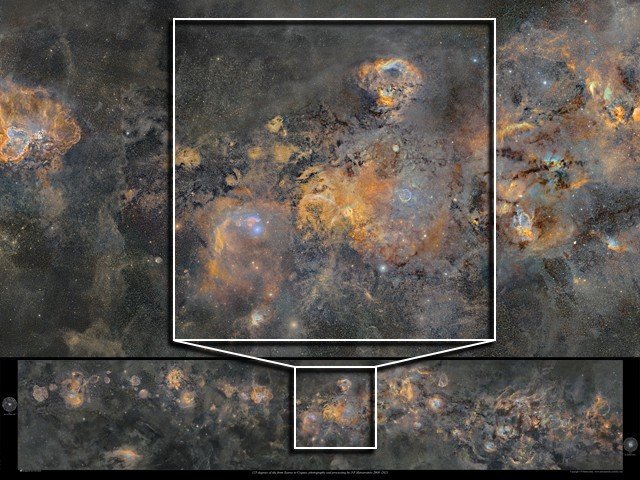 This photo was taken in 12 years!

Helsinki: The actual size of the original image shown above is 1.7 gigapixels (1.7 billion pixels) taken by JP Metsavinio, a famous Finnish astronomical photographer, over a period of about 12 years.

This is not a single image showing the vast expanse of our galaxy, the “Milky Way”, but a collection of 234 such images, each of which is itself a collection of dozens of astronomical images.

Metsavinio has been doing professional astronomical photography since 2007, for which he has set up a private observatory in Oulu, Finland.

He sells his photographs to various individuals and organizations through a website.

This series of photographs of the Milky Way galaxy continued from 2009 to the beginning of 2021, in which they took detailed pictures of different parts of our galaxy and carefully combined them to form a picture.

Mitsavinio says that for this work, they focused their telescopes on different parts of the Milky Way galaxy for a total of about 1,250 hours.

This image is actually very large, but even ordinary people interested in astronomy can download a slightly larger version for free (from this link) which is 7023 pixels wide and 1299 pixels high, while in computer storage it is 11.5. As much space as a megabyte.

This image covers a part of the sky 125 degrees long and 22 degrees wide in which our galaxy contains about 20 million stars.

Not only that, but the light of the stars also reveals the elements in them. For example, light emitted from ionized hydrogen is green, sulfur is red, while oxygen is blue.