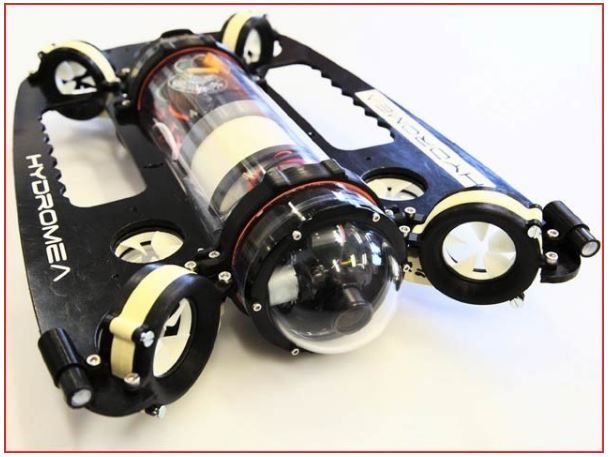 The world’s first ‘underwater drone’ to communicate light without wires
Switzerland: Remotely operated vehicles or ROVs operating in the depths of the oceans are commonly used in aquatic research, but the performance of these underwater drones is limited by the wire. The Hydromia X-ray is the world’s first wireless drone that uses light.

We know that radio waves do not travel in water and that is why they are tied with a long wire that provides instructions and sometimes even electricity. However, some modern ROVs also have batteries installed inside them to power the water-driven system.

But a long wire can be too heavy for any underwater drone. It takes up a lot of space in the boat and can get entangled with plants and other objects underwater. That is why the Hydromia ROV manufactured by the Swiss company is now completely wireless.
The system designed to control hydrocephalus is called leukemia. It sends underwater information in the form of light flashes. This process proved to be very useful and was made part of the ROV.

The Luma system transmits 470 nanometer blue light waves between two optical modems. A modem is mounted on the ROV while one is mounted on the water in a suitable place. This way ten megabits of data can be sent from one place to another. Even HD video of a camera mounted on an underwater drone can be received without interruption.

At present, however, light contact is only possible up to a depth of 50 meters. Below this the access of light is weakened and the turbidity in the water increases. In the next phase, research is being done to increase the efficiency of this system to a depth of 100 meters.

The drone weighs seven kilograms and is 70 cm long, while at six degrees it can operate easily with seven thrusters installed. However, the price has not been announced yet.