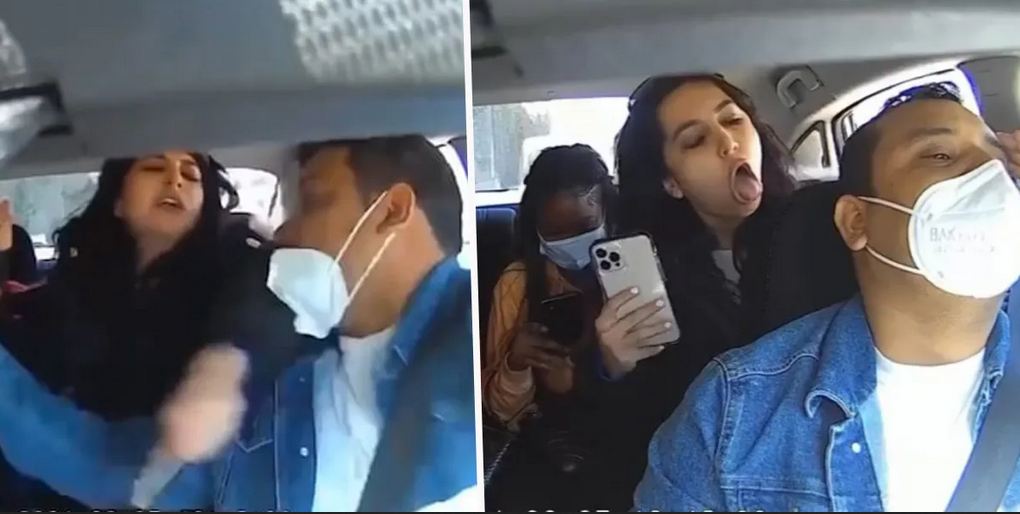 The woman who coughed in the driver’s mouth was released

An Ober Teski driver has been released on bail after being arrested for coughing in the face in the US city of San Francisco.

According to the foreign news agency Daily Mail, a woman who insulted the driver of an overcrowded car service in San Francisco has been released on bail. The incident took place last week, the video of which went viral on social media.

The 24-year-old woman, who was released on bail, was identified as Erna Kimia, who was charged with theft, robbery, assault, conspiracy and violating health and safety laws.

According to Ober Company, the driver concerned is from Nepal, who came to the US from Nepal 8 years ago to earn his living. The driver had instructed the woman who had booked the ride to wear a face mask before the trip. The woman was not wearing a mask when she got into the taxi.

When Nepali driver Subhakar asked the woman to wear a mask before starting the journey, she got entangled with the driver and started cursing him. The woman told the driver that she was lucky not to have been beaten. The woman was riding in a taxi with two of her friends.

The Daily Mail reports that prosecutors told him that charges of theft and conspiracy against Erna had been dropped. Arna has been released on bail, local media reported. He is now awaiting a date for the next trial.

It should be noted that in the video that went viral on social media a few days ago, it can be seen that when the driver asked the woman to put a mask on her face, she deliberately started coughing towards the driver’s face. Both of the woman’s friends shouted at the driver. The woman later snatched the driver’s mobile phone and tried to tear the mask off his face.

The Nepalese driver said that if I had been fair-skinned, I would not have been subjected to such treatment by these women. It is worth mentioning here that a few days ago, a maniac shot and killed 8 Asian women in Atlanta, Georgia, USA. The victims were from South Korea, who worked in various massage parlors. The deaths were confirmed by the South Korean government.