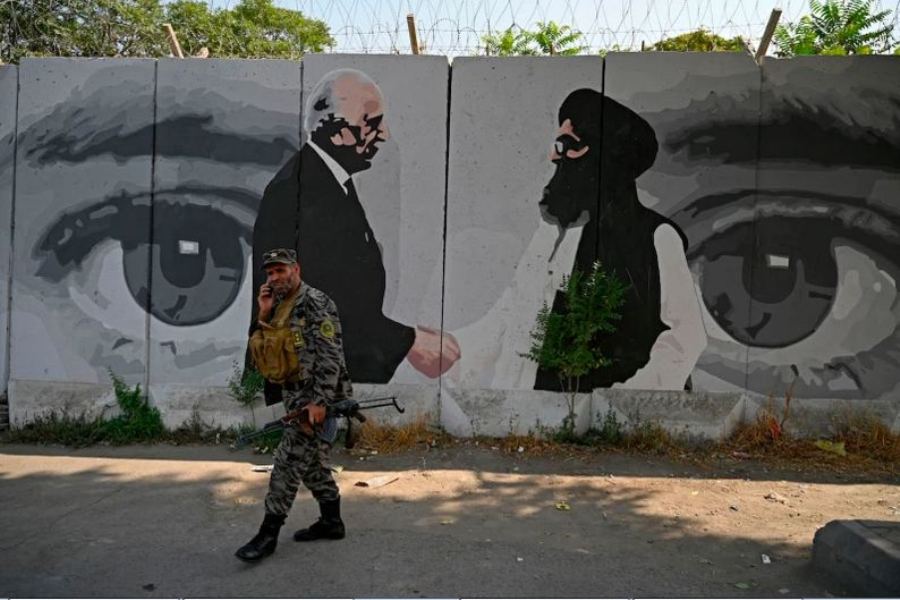 The newly elected US President has refused to withdraw US troops from Afghanistan from May 1 this year. On the other hand, the Afghan Taliban has said in its response that the US President is deliberately creating an atmosphere of tension.

The US president added that the former president did not discuss it in a very concrete manner, adding that it took time to work on the issue due to the lack of a smooth transfer of power. We are now discussing this issue related to Afghanistan. Taliban response
On the other hand, on the statement of US President Joseph Biden, Taliban spokesman Zabihullah Mujahid said that the army should be withdrawn by May 1, otherwise be prepared to suffer the consequences.

Increased attacks
It is also worth noting that the US military in Afghanistan has stepped up attacks on the Afghan Taliban following statements and reactions from the US president and the Taliban. The US military has attacked Taliban strongholds in the Afghan province of Kandahar. The U.S. military says it has targeted Taliban fighters in Kandahar in 48 hours.

Masood Andrabi
In an earlier interview with the Associated Press, Masood Andrabi said that the Afghan security forces, with the help of the United States, have so far controlled terrorist groups operating in Afghanistan, including those linked to the terrorist organization ISIS. Included.

Masood Andrabi added that the hasty withdrawal of US forces could certainly pose a threat to the world from terrorists.

The Afghan interior minister’s warning comes as the United States reconsiders an agreement reached with the Taliban last year under former President Donald Trump, according to which the United States will send 2,500 troops to Afghanistan. Officers were due to evacuate by May 1 this year.

According to the agreement, in return, the Taliban were obliged to sever ties with terrorist groups such as al-Qaeda. US officials said without elaborating that some progress had been made, but said more was needed.

US Secretary of State
However, US Secretary of State Anthony Blankenship, who is working to move the stalled peace process between the Afghan government and the Taliban forward, has warned Afghan President Ashraf Ghani that all options are still there. The government must step up its efforts for peace in the country.