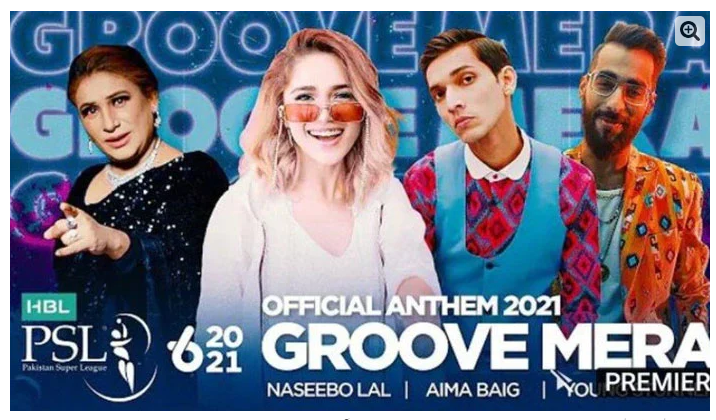 The PSL 6 anthem caused a storm of memes on social media
The official anthem of Pakistan Super League 2021 ‘Grove Meera’ has been released but the trend on social media shows that cricket fans did not like it much.

Pakistani folk, pop and hip hop singers have participated in the preparation of this anthem. Folk singer Naseebo Lal, pop singer Aima Baig and hip hop star Z Young Stiners have evoked the magic of their voices in the song.
However, as soon as it was released, the song started trending on social media and the majority of users have expressed their displeasure over it.

PSL anthems have been the subject of controversy since Ali Zafar. After Ali Zafar, Fawad Khan sang the PSL anthem, after which last year Ali Azmat, Asim Azhar and Arif Lohar sang the anthem and people did not like it either.