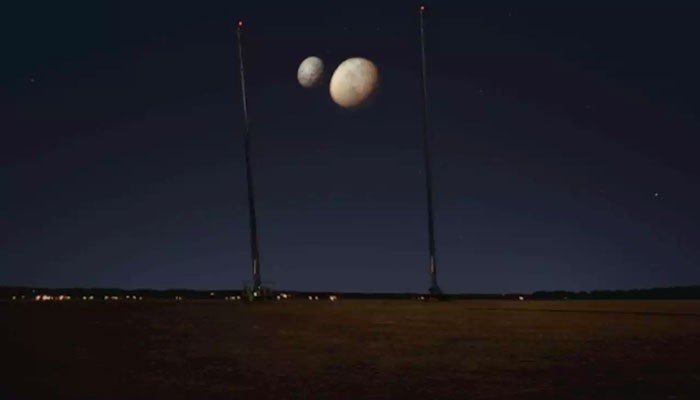 According to the Gulf newspaper, it was the Dubai administration that showed two moons in the sky under the new technology.

For the first time in the country, the administration used new technology to display two moons in the sky representing the moons of Earth and Mars with the help of 100-meter giant cranes and 40-meter screens. According to the newspaper, its purpose was to celebrate the historic space mission of the United Arab Emirates to Mars and to make the public aware of this mission.

According to the report, the UAE space mission ‘Hope’ will enter the orbit of Mars today and send information about the planet from there.