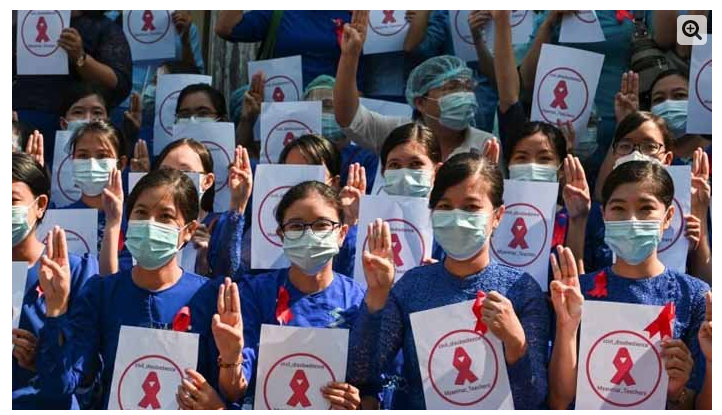 According to media reports, a large number of students and teachers protested against the military coup in the country and the arrest of senior Democratic leaders, including Aung San Suu Kyi. Protesters held red ribbons and carried placards. Had kept Protesting students and teachers called the overthrow of the elected government and the military’s seizure of power illegal, saying they did not want to see a military coup in the country.

Protesters said they wanted to thwart a military coup in the country and could not work with those in power.

The protesting teachers said they wanted to stop the current administrative system for which they were fighting peacefully.

It should be noted that Aung San Suu Kyi has also been arrested after the military coup in Myanmar and has been accused of illegally importing communication equipment, while the police have also claimed to have recovered walkie-talkies from Sochi’s house.