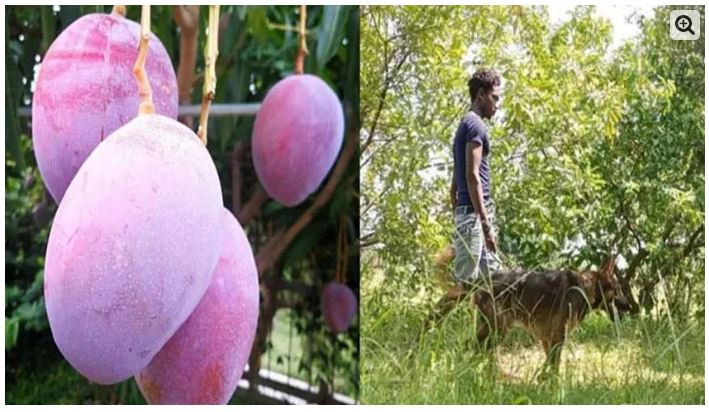 A couple has planted a rare mango tree in Jabalpur, Madhya Pradesh, India. This rare variety of mango is called Mezaki, which was originally grown in Japan and has the distinction of being the most expensive mango in the world.

Now, Sanklap Parihar and Rani, who have taken the same oath, have become the talk of the town with the security of 2 trees.

After the news of these rare mango trees went viral, some local thieves tried to steal the fruit, which has increased the security of these trees.

According to reports, the Indian couple has been offered a price of up to 21,000 Indian rupees for a red mango from Mumbai, but they have refused to sell it.

Last year, the price of this mango in the world market had gone up to 270,000 Indian rupees per kg, or 1.5 million Pakistani rupees.