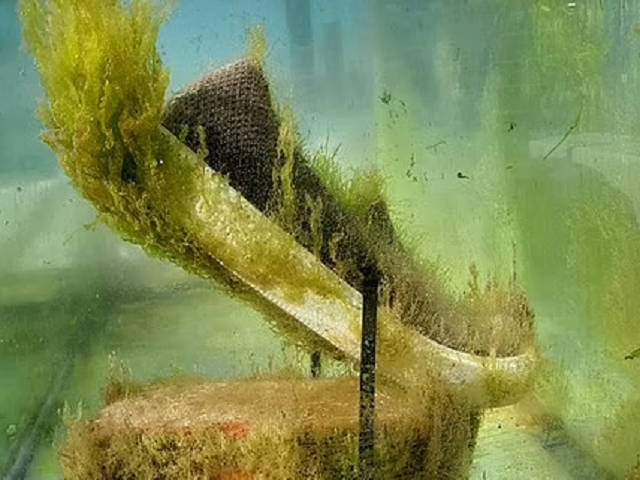 Scientists made a shoe -rolling shoe in the water
California: Increasing plastic waste worldwide is becoming a serious problem. While the fine particles of this plastic on the earth are making it in the body of animals, they are also affecting the life of aquatic life in the oceans.

Now, American scientists have made a light rubber shoe to deal with this problem that starts to swallow in just four weeks.

It is estimated that it may take up to 40 years in leather to the leather and the rubber recovery may take up to 80 years. Whereas so far, whatever plastics used to wear, it is in the world in some form.
On this basis, 60 million shoes are thrown every year in the UK, which will remain on the planet for thousands of years in the future.

However, the material of this shoe made by scientists from the University of California San Diego is formed so that marine life will be able to break it into its basic chemical elements and use it as a diet.

Researchers say this alternative to plastic can deal with pollution in the world’s oceans.

Professor Stephen Mayfield said that the inappropriate disposal of plastic in the oceans breaks them into micro -plastic, which has become a very serious environmental problem.

“We have shown in research that it is possible to make high standard plastic items that can melt in the sea,” he said.

According to researchers estimated in 2010, 8 billion kilograms of plastic are thrown into the oceans every year and can increase alarmingly by 2025.