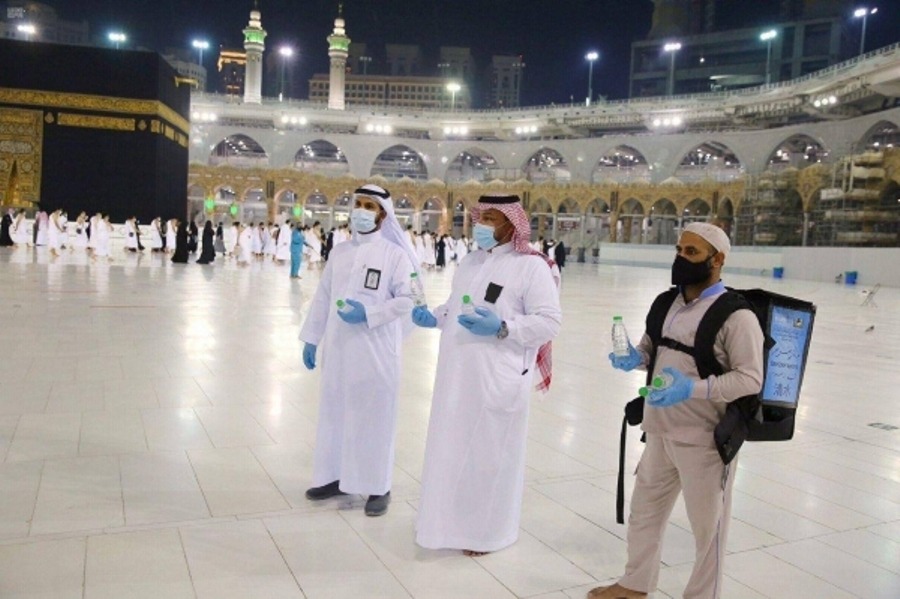 Saudi officials have allowed the payment of Umrah during Ramadan this year under the strictest SOPs. However, the ban on collective iftar and i’tikaaf in the Masjid al-Haram and Masjid al-Nabawi will remain.

According to a foreign news agency, Muslims around the world will be able to perform Umrah during Ramadan this year. Five places including the eastern part have been allotted for prayers.

The work of laying lines in Mutaf has been rearranged on the instructions of Dr. Abdul Rehman Al-Sudais, Chief of the Holy Shrines Abdul Rahman Al-Sudais says that this is being done in view of the increasing number of Umrah pilgrims in the country. Al-Sudais said that the new identification is being done keeping in view the social distances.

SOPs to remember during Umrah
Umrah performers will not be allowed to touch the Kaaba.

It has been made mandatory to wear a mask when entering the mosques of the two holy shrines.

Hand sanitizers will be available everywhere.

Iftar tablecloths will be banned, but iftar packets will be offered.

Only dates will be allowed in the two holy shrines, and distribution of all kinds of food will be prohibited.

In Mecca, worshipers will only be allowed to worship in King Abdullah’s extension, first floor and courtyard.

Mataf will be closed to the public.

I’tikaf will be banned in both the mosques of the two holy shrines.

Zamzam water will be provided individually in bottles.

It should be noted that not only the lines for Tawaf have been arranged in Masjid-ul-Haram. Lines are being laid from Muttaaf to Safa and Marwa and before that 2 rak’ats of Tawaf are paid and then from Marwa after completing Sa’i and leaving Haram Sharif