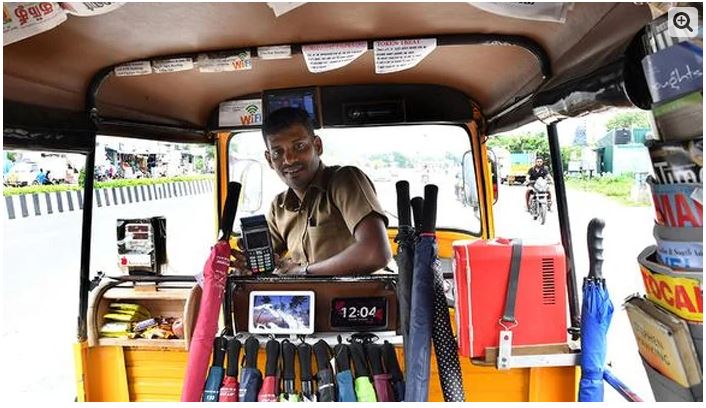 So the answer is yes, of course you can. Anna Darai, a rickshaw driver from the Indian city of Chennai, transforms his rickshaw into a modern rickshaw, providing passengers with facilities such as refrigerators, iPads, televisions and newspapers.

As well as being a rickshaw driver, Anna Darai is also a motivational speaker, corporate trainer and 7-time TEDx speaker.

The hype of this unique rickshaw is spreading on social media.

A video of this unique rickshaw and its driver has been shared by an Instagram page.

In the video, Anna Darai says that she could not continue her education due to poor financial condition of her family. She wanted to be a businessman but her family could not educate her and she became a rickshaw driver. He also wanted to do something good so he has provided all these facilities in his rickshaw.

The rickshaw driver further said that I can say hello in 9 different languages ​​and I do not charge rickshaw rent from the teachers.