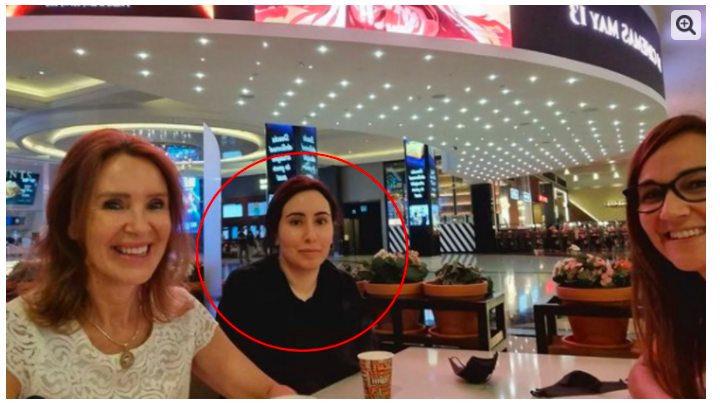 Now a picture of Princess Latifa with women has surfaced in a shopping mall in Dubai.

According to a report of a foreign news agency, this was posted on Instagram 2 days ago by a friend of hers in the picture with the princess, on which a caption was given that a beautiful evening with friends in the mall of Dubai.
However, it has not been confirmed when the photo was taken.

It may be recalled that some time ago, the United Nations had asked about the survival of Princess Latifa, to which the Emirati royal family stated that the princess was being taken care of at home.

Earlier, in a video message, the princess accused her father, Sheikh Mohammed bin Rashid al-Maktoum, of trying to leave the country in 2018.

The statement called for an investigation by the international community and human rights groups.