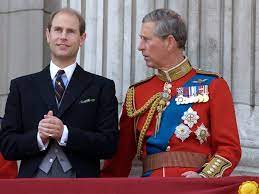 Prince Edward will receive the title of Duke of Edinburgh