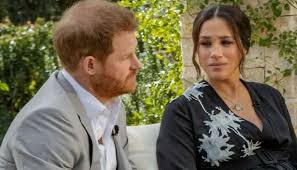 According to the British media, the contact made by Prince Charles and Prince William after the controversial interview also became useless.

On the other hand, a friend of Meghan Markle claims that the couple wants the royal family to speak out against the alleged racist media.

Former US First Lady Michelle Obama has said that Meghan Markle’s claim of racism was not surprising.