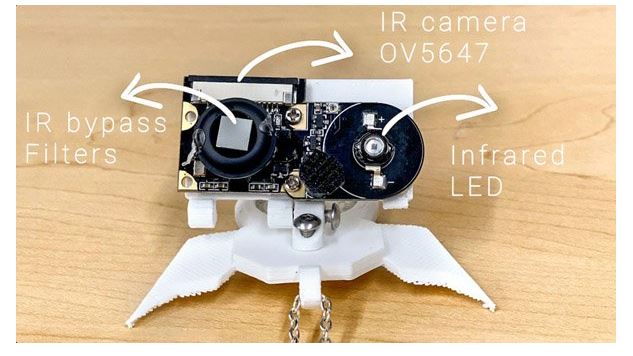 Prepare a pendant to read your feelings by looking at your face
New York: Last year, Cornell University scientists announced a camera that reads human emotions. It is now shaped like a necklace that can be worn very easily.

This camera reads your feelings throughout the day thanks to its advanced software. Named C-Face, which means face-viewer, it has two cameras mounted on the corners of a headphone-like structure near the ears. These cameras monitor the 42 facial expressions while looking at the cheeks, neck and its movements.

In addition, the details of the eyes, lips, eyebrows and face are not hidden from them. With 88% accuracy, it can detect facial expressions and express them through 8 key emojis.

In the next step, it will be shaped into a regular necklace with the addition of an infrared camera that will allow the chin and neck to be seen in real light. This will show a full face 3D video that will show the wearer’s feelings and emotions.

Experimentally, it was tested on 13 people and they were asked for different feedback while walking. In them, people were shaking their heads and moving the system around their necks. Then it was compared to the iPhone X’s TrueDepath 3D camera, which showed its tremendous usefulness.

It can be used in virtual reality, online conferences and other activities on the one hand to know the condition of patients on the one hand, but the possibility of its medical use is very bright because the doctor is away from the patient’s feelings. Can read