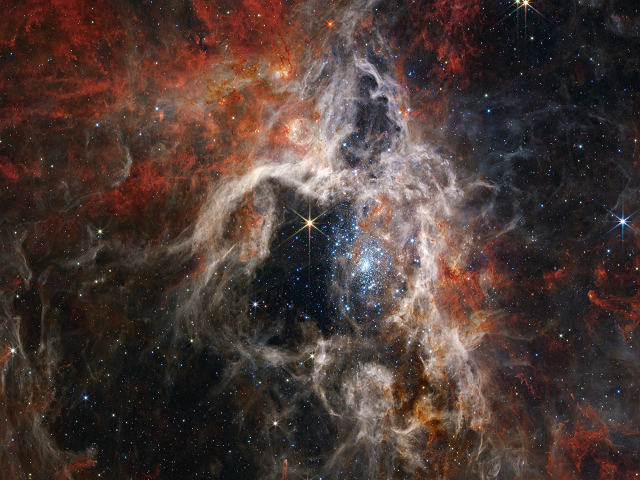 Officially named 30 Dorados, this space nursery is located 161,000 light-years away in the Large Megalink Cloud galaxy. This galaxy is the largest and brightest star-forming galaxy in the vicinity of our Milky Way galaxy. Is.

The US space agency shared a post on Twitter saying, “Take a moment to see thousands of never-before-seen stars in the Tarantula Nebula.” The telescope has shown in detail the structure and arrangement of the nebula, as well as its background galaxies.
The Tarantula Nebula got its name because of its dusty streaks, NASA wrote in its blog. It is the largest and brightest star-forming region near our galaxy. It is home to the hottest and most massive stars ever discovered.

According to NASA, this nebula tells us what the star formation process will look like at its peak in space history.

Astronomers are also interested in the Terentula Nebula because it contains similar chemical compositions to those seen in the large star-forming regions of the Universe known as the ‘Cosmic Dawn’. This means when the universe was a few billion years old and star formation was at its peak.