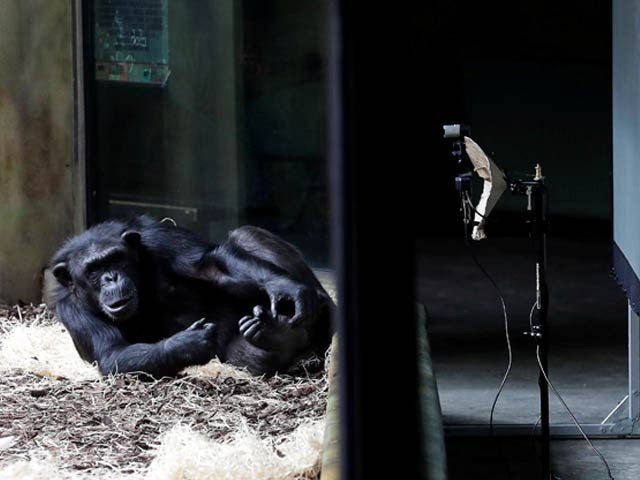 Prague: During the lockdown, we humans may be tired of celebrating wedding and birthday celebrations on the Internet, from zoom meetings and online seminars, but Czechoslovakian monkeys did not enjoy the facility for long.

According to a foreign news agency, a safari park in Czechoslovakia has been closed for the past three months due to restrictions imposed to prevent the Corona epidemic. An online meeting has been arranged.

The management of the safari park says that at first the chimpanzees were nervous when they saw the screen, but over time they behaved as if they were enjoying watching a movie or a screen.
The administration says that the chimpanzees are now so accustomed to the screen that they react to the movements on the screen just like humans. Just as we jump to express excitement while watching a play or a drama, so too do we show our joy in this way.

In addition, these champions have begun to adopt many human behaviors in zoom meetings, such as looking at something on the screen as humans as well as eating and drinking.

The video conference of the chimpanzees is also broadcast daily on the Safari Park website. This will continue till the end of March and it will be decided to maintain it later.