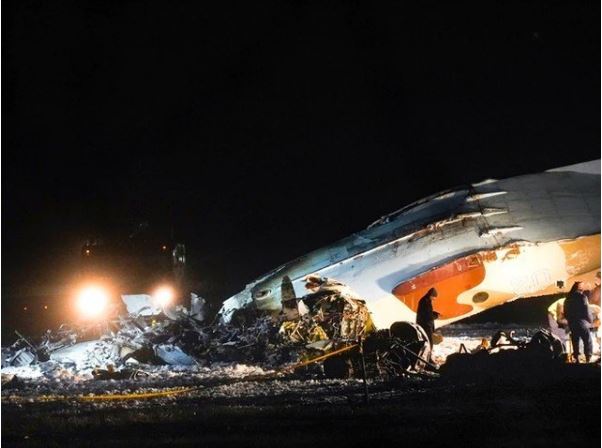 Four people were killed and two others were injured when a military plane crashed while landing in the Kazakh city of Almaty. The military plane arrived in Almaty from the capital, Nursultan Nazarbayev, where it crashed during landing.

According to the airport administration, communication with the plane was cut off at the time of landing while the plane crashed at the very end of the runway. The cause of the accident has not been revealed yet but investigations are underway.