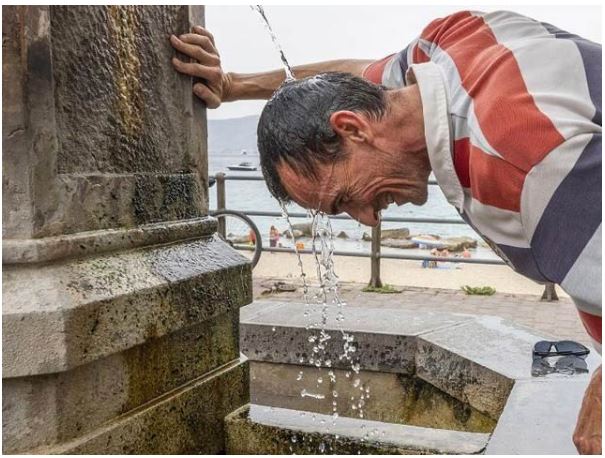 But the trend continues in other regions, with Tunisia measuring 49 degrees Celsius on August 11 alone. This is two degrees Celsius higher than the highest temperature in 1982. There is also a terrible heat wave in Africa and Northern Europe. The weather is dry and very hot, which is causing forest fires. That is why, on the one hand, Italy has declared a state of emergency and on the other hand, it has warned about the weather. The Greek island of Avaya is still on fire and people are being evacuated by boat. The heat from the flames has caused the Mediterranean to heat up so much that experts have called it the Heat Dome.

It should be noted that in 1977, the highest temperature in Europe was recorded in Athens at 48 degrees Celsius. This was also confirmed by the World Meteorological Organization (WMO). Now this new temperature has also been noticed by Maxi Meliano Herrera and he thinks that the instruments recorded in Italy are correct and this is a new record of high heat.

On the other hand, between 1850 and 1900, the average temperature of the planet has risen by one degree Celsius, and even this slight increase is having far-reaching and negative effects. Recently, the sixth report of the Intergovernmental Panel on Climate Change (IPCC) came to light, which said that global temperatures are rising and severe weather conditions on the planet will continue to increase.