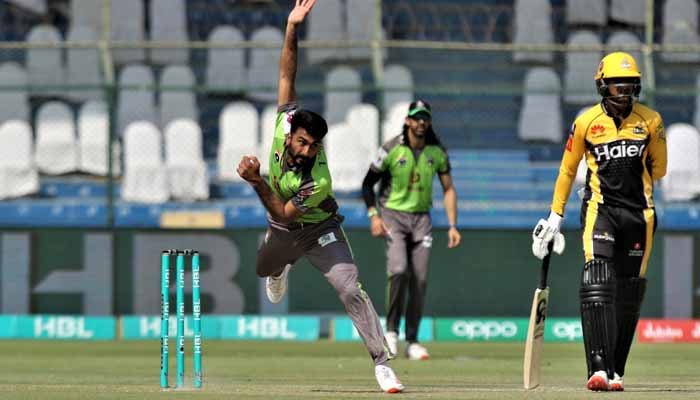 Lahore Qalandars introduced another star in the world of cricket.

25-year-old fast bowler Salman Mirza has made his debut from the Lahore Qalandars Player Development Program.

Salman Mirza says that Qalandars took the tape ball player in the streets of Lahore to PSL, he will definitely become a hero for Qalandars.

The Lahore Qalandars Player Development Program has introduced a number of cricketers in the PSL over the past few years who were not there before.

PSL’s most dynamic franchise has made a cricketer like Harris Rauf a Pakistan International cricketer through its player development program.

Salman Mirza made his debut for Lahore Qalandars in the match against Peshawar Zalmi in Naples 6 and already made a brilliant entry in the match by taking wickets of Kamran Akmal and Haider Ali.

Salman Mirza came to the trials both in 2017 and 2018, represented Faisalabad and Lahore in the PDP tournament, then played the Battle of Qalandars T10 tournament in 2019 and from there came to the notice of the Qalandars coaching staff.

He was called to the High Performance Center where he was trained and today Salman Mirza has become a part of PSL.

Salman Mirza says that he was zero and he played PSL today, he has not become a hero yet but one day he will.

He said that Lahore Qalandars are credited for creating a platform for cricketers like him and giving them the opportunity to play top level cricket.

Salman Mirza got a chance to play in PSL when Dilbar Hussain suffered a hamstring injury, he was taken in the squad as a replacement player and he was overwhelmed as soon as he arrived.

Salman said that he initially came with the team as a net bowler and did not think that he would get a chance so soon. Before the match, when Samin Rana told him to join the team, he could not believe it.

He said that Qalandars have given him the most important opportunity of his life, he will play his role in winning matches in future by improving his game even more from here.