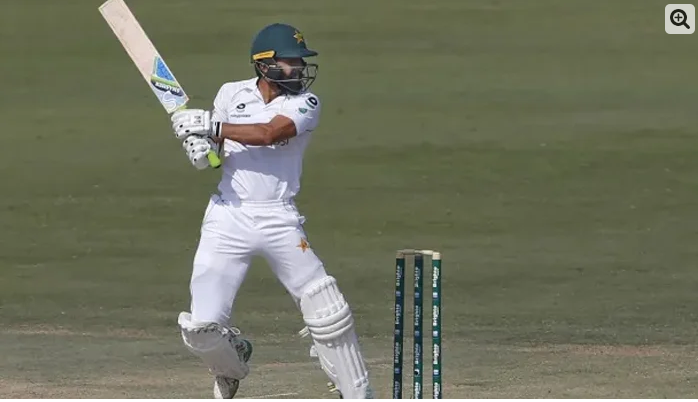 Karachi Test: Fawad’s brilliant century, Pakistan ended the lead of South Africa
Karachi: In the first Test between Pakistan and South Africa, the national team is batting against the Proteas in the first innings.

On the second day of the match being played at the National Stadium in Karachi, Pakistan started their first incomplete innings with 33 runs for 4 wickets while Azhar Ali and Fawad Alam were present for 5 wickets each. Azhar Ali was dismissed for 51 while Mohammad Rizwan returned to the pavilion for 33. However, Fawad Alam continued his lead. He completed his fifties and is on the wicket with 63 runs.

Fawad Alam scored a century while performing brilliantly and he is not out for 100 runs while Faheem Ashraf is also present on the wicket with 33 runs.

Pakistan have scored 248 runs for the loss of 6 wickets and the national team is now 28 runs ahead of South Africa.