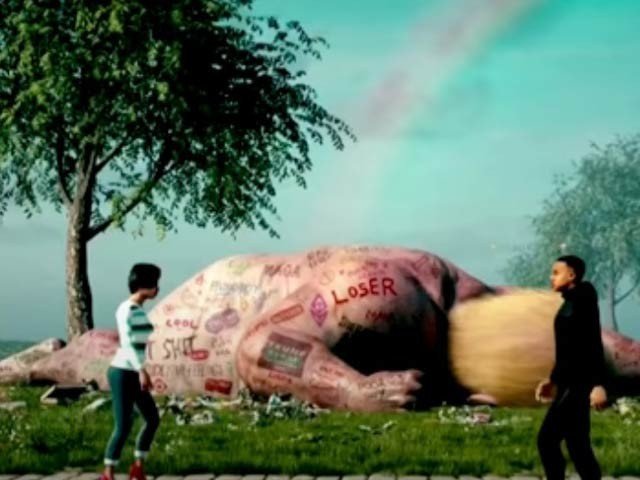 MIAMI: A ten-second video clip sold for a whopping 66 6.6 million last week. Interestingly, it was bought by Pablo Rodriguez Friel, an avid art collector in Miami, for 67 67,000, which he sold at a profit.

The video was created by digital artist Mike Winkleman, better known as Beeple. This video was confirmed by Blockchain, which is made with a kind of digital signature. The blockchain seal on it reveals that it is the creation of the beeple.

The ten-second video shows Donald Trump in the form of a giant monster after his defeat, with people passing by carelessly.

If this is still not understood, then understand that this is a new trend on the Internet like cryptocurrency and blockchain which has been dubbed as non-fungible token or NFT. Just as a famous person’s autograph can be real or fake, so can an artist’s painting be real or fake. Now the real creator of NFT is confirming its authenticity through blockchain.

The trend of NFT has grown all over the world during the epidemic and people have started buying and selling it considering it as a digital asset. Because the digital artist incorporates the blockchain element into his work, it is less likely to be counterfeit. That is, online verification of everything passing through the blockchain can be done easily.

That’s why a ten-second video bought for ہزار 67,000, or 107,200,000 Pakistani rupees, has now sold for 66 6.6 million, or more than a billion rupees. Pablo Rodriguez said he was familiar with the work of the digital artist behind the video and had bought the original digital creation.

Non-fungible tokens can be used in the digital world for things that cannot be duplicated and can be passed from one owner to another. The value of digital goods is not like dollars and gold, but like historical artifacts that are the same all over the world. The Mona Lisa painting is a good example.

There are now a number of NFT buying and selling platforms, including a website called OpenC. Millions of dollars are being bought and sold here every month. Now traditional and popular auction houses like Christie’s have started NFT business. It has a picture of Pebble itself which is a collection of 5000 pictures.

Interestingly, money can also be paid in cryptocurrency.