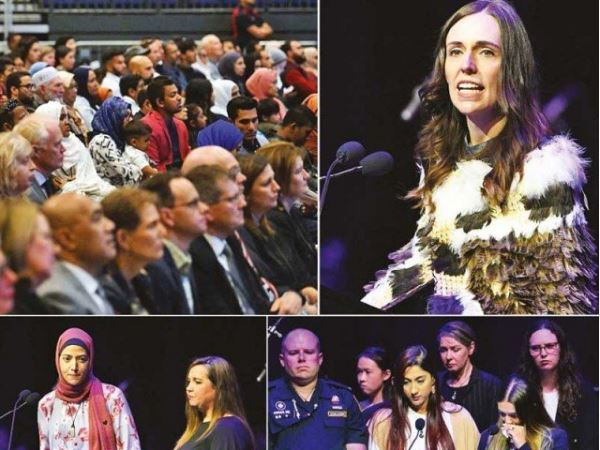 New Zealand’s Prime Minister Jacinda Ardern said at a memorial service marking the two-year anniversary of the attacks on Christchurch mosques that no words could heal the wounds. “Men, women and children were taken away from us in this act of terrorism,” he said. Words cannot dispel the fear that has taken root in the hearts of the Muslim community.

Jacinda Ardern said that we should make ourselves a united nation from this incident. A nation that is proud of and accepts our diversity and can defend it strongly when the time comes.
“Undoubtedly, the March 15 incident will be our legacy that will make our hearts ache, but it is not too late to unite ourselves,” he said. The efforts of the police and medical personnel were also appreciated.

“The best revenge is not to be like the enemy,” said Karan Munir, wife of Haroon Mahmood, who was killed in the attack.