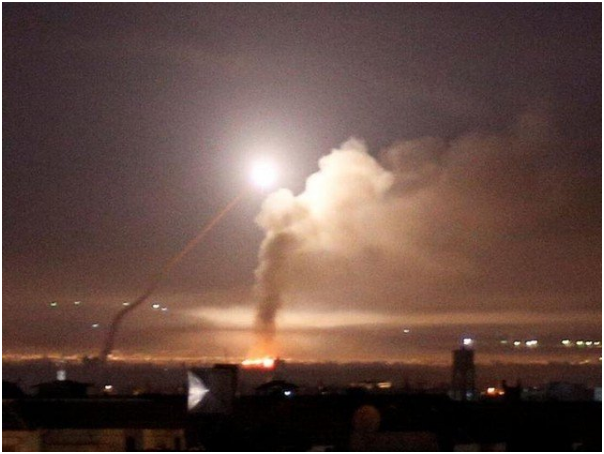 Israeli missile strike on Syria fails, Syrian army responds
Damascus: Israel launched a missile attack on the southern part of Syria, which was thwarted by the Syrian army.

According to Arab media, Israeli forces fired missiles in southern Syria yesterday, which were thwarted by the missile defense system. Israel fired several surface-to-surface missiles from the Golan Heights, but Syrian forces fired all missiles. Destroyed in the air.