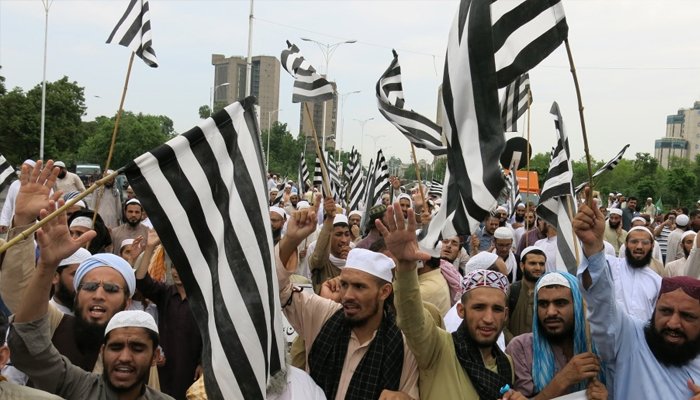 Islamabad: Protest against assassination of JUI leader, dead highway block
ISLAMABAD: Protests are being held in Bara Kahu against the killing of three people, including a local leader of Jamiat Ulema-e-Islam (JUI) Pakistan.

JUI workers and the families of the slain are staging sit-ins and protests at Athal Chowk Bara Kahu. The protesters have blocked the dying highway, causing long queues of vehicles.

Local JUI leader Qari Karamat-ur-Rehman said that the victim was an active member of JUI, but the FIR of the incident has not been registered yet. The sit-in will continue till the killers of the victims are arrested as the incident is a proof of poor performance of the government and administration.

It may be recalled that the brother, son and student of local JUI leader Qari Karamat-ur-Rehman were killed in a firing incident in Islamabad yesterday.