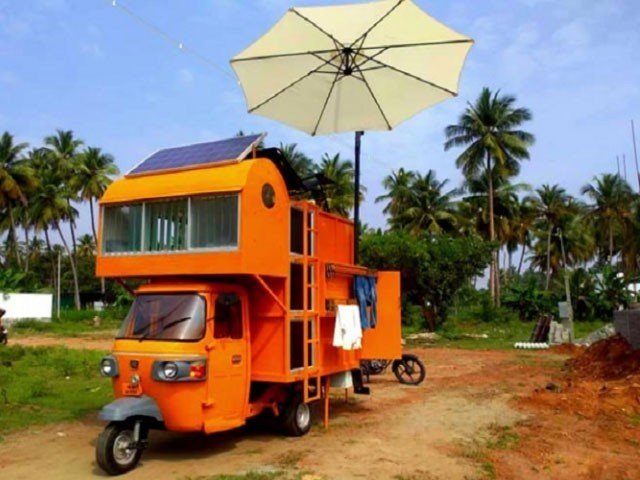 In India, a young man surprised everyone by building a house on a rickshaw

Chennai: In India, 24-year-old Prabhu has caught everyone’s attention by building a portable house on a rickshaw.

Prabhu, a 24-year-old architect from the Indian state of Tamil Nadu, built a house on the roof of a rickshaw using amazing skill and intelligence. Business tycoon Dev Anand was also surprised when the house, which was built last year, became popular on social media.

The house built on Prabhu’s rickshaw also has a bedroom, kitchen, toilet, bathtub and work space while there is also a 250 liter water tank. Solar panels have also been installed for electricity and the most interesting thing is that it costs only one lakh rupees.

When business tycoon Dev Anand Mahendra saw Prabhu’s project, he couldn’t help but admire it and tweeted a picture with Prabhu’s rickshaw house which went viral on social media.

Prabhu is also not happy as business tycoon Mahindra has also expressed his desire to meet the young architect.