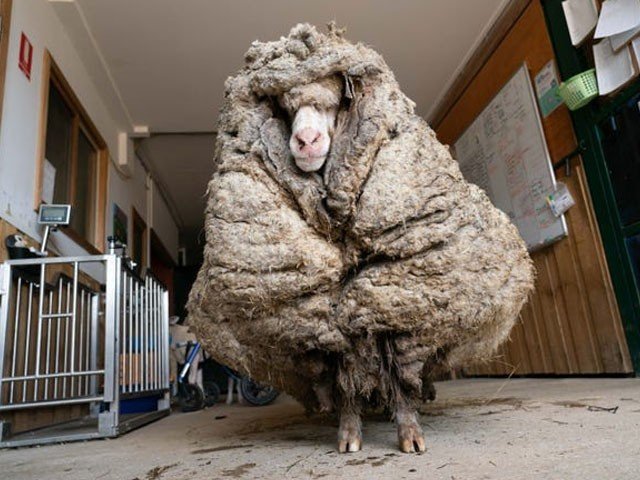 In Australia, sheep were freed from a load of 35 kg

SYDNEY (Reuters) – A 35-kilogram sheep laden with wool was found in a forested area of ​​Australia and was barely able to walk, but rescue workers rescued it from a painful load.

According to the World News Agency, a sheep named Barak was found in the forest of Victorian state of Australia, whose body had not been cleaned for five years and the wool had turned into a mound and the sheep could barely walk weighing 35 kg.

Luckily, the crowd was spotted by officials at an animal welfare agency. The sheep were taken to the Edgar Mission Farm Sanctuary. Experts were surprised that despite the heavy load, his spine was intact.

The sheep not only had difficulty walking because of the pile of wool all over its body, but also could not eat properly. The survival of the sheep in hot and dry weather due to the excess of wool was no less than a miracle.

The animal shelter staff removed the wool from Barak’s body, which weighed more than 35kg. The sheep ran after the load of wool came down and ate fodder to their heart’s content.

It should be noted that the honor of having the most wool in the world belongs to a sheep named Chris from whose body 41 kg of wool was removed.