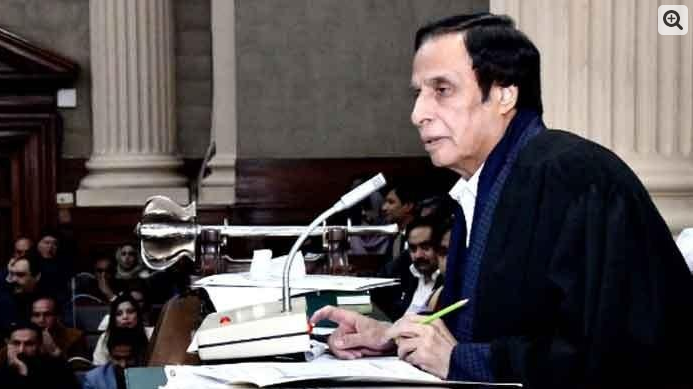 I have not seen such a bad situation in Punjab in 40 years: Pervez Elahi also spoke
LAHORE: Coalition Speaker Punjab Government Chaudhry Pervaiz Elahi has opened a pool of government claims of law and order in the province.

The Punjab Assembly session started with a delay of 2 hours and 47 minutes in which Punjab Speaker Chaudhry Pervaiz Elahi said that he had never seen such a bad situation in the province in 40 years.

During the meeting, Rana Mashhood and Hassan Murtaza raided the houses of opposition members and exploded.

He said that the houses of Saif-ul-Muluk Khokhar, Sohail Shaukat Butt and Khalid Butt were raided and the sanctity of the four walls was violated. These tactics are to change allegiances.

Government member Ahmad Shah Khagga termed the law and order situation as the worst and said that 20 dacoits looted their families and fled. MPAs should be given Kalashnikov licenses.

On the other hand, newly elected PML-N member Salma Butt took oath in the meeting while the government introduced amendments to the Asylum Authority and King Edward Medical University.