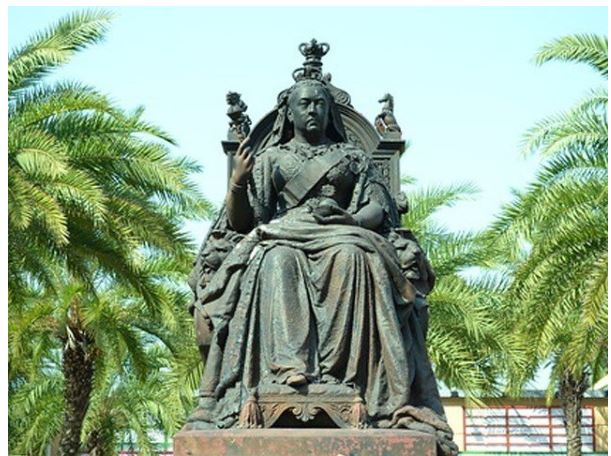 OTTAWA (Reuters) – Angry protesters tore down statues of Queen Victoria and Queen Elizabeth II after the remains of hundreds of indigenous children were recovered from two former boarding schools in Canada.

According to the International News Agency, Canada’s National Day is celebrated on July 1, but this year the colorful celebrations were not organized due to the discovery of the remains of hundreds of children of the indigenous race from two former boarding schools in the country.

The killings took place decades ago during a boarding school to introduce a new culture to local older children, sparking protests across the country, expressing outrage at the disappointing colonial history and the race. Slogans of “No pride in killing” were raised.

During the demonstration, angry people smashed the statues of the former Queen Victoria and the current Queen Elizabeth of the United Kingdom and knocked them to the ground. Statues of many kings were also torn down and marked in red and slogans were chanted.

Earlier, on Canada Day, Prime Minister Justin Trudeau said the discovery of child remains in schools gave us a chance to reflect on the failures of our history. Unfortunately, some people in Canada still have an unfair attitude towards Indigenous peoples and many other minorities.

Last month, nearly 1,000 unmarked graves were found in former boarding schools in British Columbia and Saskatchewan, which were run by the Catholic Church with government support.