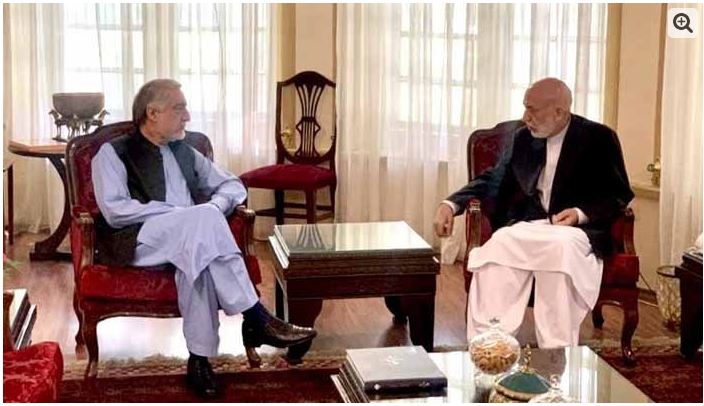 Hamid Karzai and Abdullah Abdullah announce not to leave Afghanistan

Former Afghan President Hamid Karzai and former chief executive Abdullah Abdullah have announced they will not leave the country.

Hamid Karzai and Abdullah Abdullah released a joint video statement on the social networking site Facebook, announcing that they would not leave Afghanistan.

Hamid Karzai said that Gulbuddin would continue talks in Afghanistan with the cooperation of Hekmatyar and would play his role for peace in the country.

“Our efforts will definitely pay off,” he said.