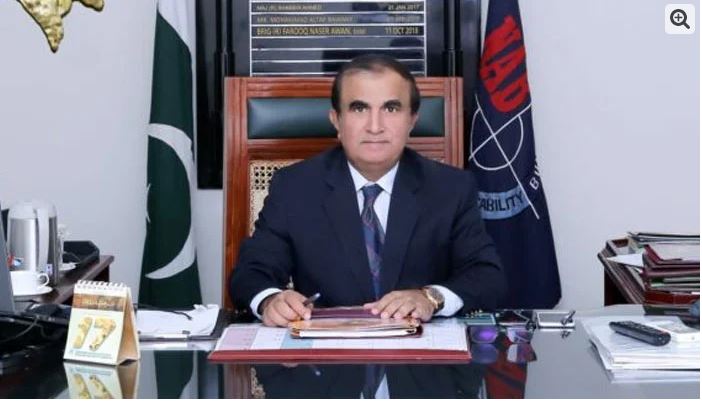 DG NAB Khyber Pakhtunkhwa Farooq Nasir Awan has been appointed for one more year after retirement.

President Arif Alvi has approved the appointment of Farooq Nasir Awan for one year.

Geo News has obtained a copy of the presidential approval order. The summary was sent to the President with the approval of Chairman NAB Justice (retd) Javed Iqbal and the Law Ministry.

According to sources, Farooq Nasir Awan is overseeing the Malam Jabba and BRT Peshawar cases. No arrests have been made in these two cases.