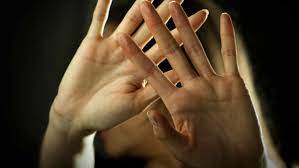 A leading union is urging employers to provide support to workers who have been victims of domestic abuse as a result of the Corona virus crisis. This comes after reports of an increase in domestic abuse cases. Unite has written to all 32 London Borough employers urging them to allow any abused worker to take paid leave and to promise not to take disciplinary action against them for taking leave Will go The Corona virus pandemic and three lockdowns resulted in wage cuts and unemployment, leading to a sharp rise in domestic abuse, said One Kesab, the unit’s regional officer. “There has been an increase in such incidents in the British population in general and around the world, unfortunately some members of the local authority work force in London,” he said. “It is a painful and bitter fact that employers can legally issue warnings to real sick employees and cut their salaries, but this should not happen,” he said. “That is why we are urging local government employers to set an example for the public, private and not-for-profit sectors,” he said. He said that if a worker has taken leave due to illness due to domestic abuse, his salary should not be deducted or he should not be given regular disciplinary warnings.