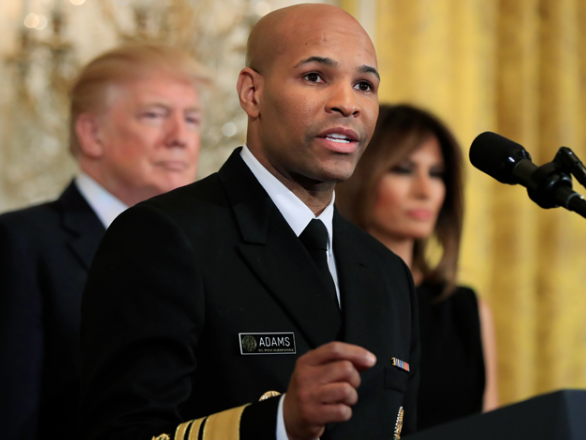 As soon as US President Joe Biden was sworn in, he signed 15 presidential decrees, including lifting travel bans on Muslims, and demanded the resignation of Jerome Adams, a US surgeon in the health sector.
“I have been asked by the Biden administration to resign, it is an honor for me to serve the nation and I will continue to do so,” Surgeon General Jerome Adams tweeted on a social networking site yesterday. I will ensure that all people have equal access to health care
Jerome Adams said that as a Surgeon General, I would like to say to the nation at the end that you must wear a mask, keep a distance, wash your hands regularly and get vaccinated against corona when it is your turn.

The Trump administration appointed Jerome Adams as Surgeon General of the United States in September 2017 while he was serving as health spokesman during the Corona epidemic.