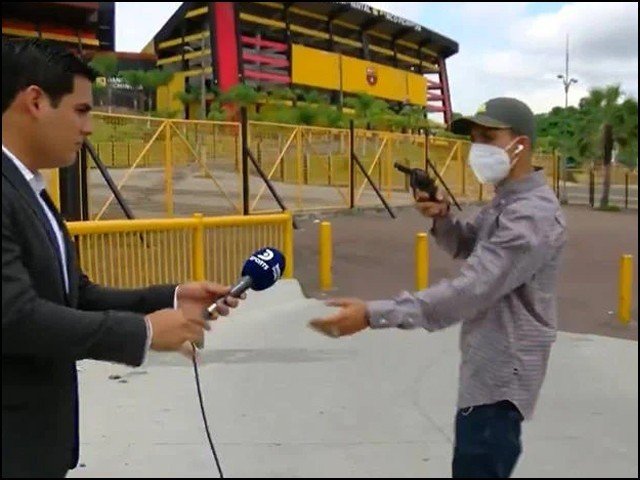 During the live broadcast, the robber robbed the journalist

Ecuador: A journalist was robbed in front of a camera by a robber during a live broadcast on an Ecuadorian sports channel last week.

On February 12, Diego Adenola, a journalist with Ecuador’s Direct TV Sports, was telling fans outside the Acidro Romero Carbo Monumental Stadium about the match during a live coverage of the match when suddenly a young man appeared with his hand. I was a revolver and he was wearing a Corona protective mask.

In the blink of an eye, he showed his revolver, snatched the smartphones of both the journalist and the cameraman, and disappeared.

After regaining consciousness in a few seconds, the cameraman also ran in the same direction where the masked robber had gone, but despite running for a considerable distance, the robber could not be traced.

After the video went viral on social media, users are asking whether they should regret the snatching of the host and cameraman’s phone during the live broadcast, or should they pay tribute to the dacoit’s bravery.