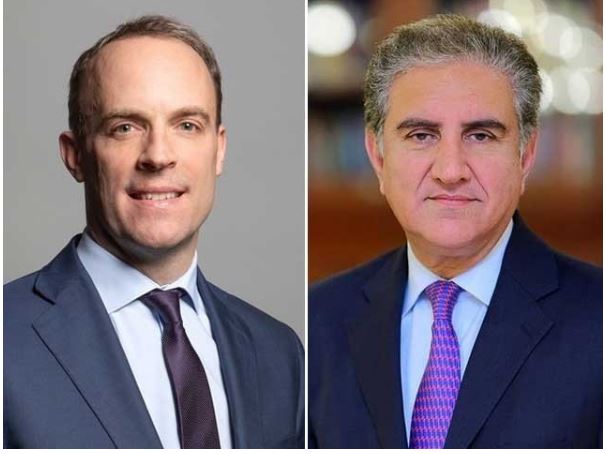 Shah Mehmood Qureshi has told his British counterpart that no country could want more peace and stability in Afghanistan than Pakistan. Proved to the astonishment of the international community.

“We are facilitating the evacuation of diplomats and members of the international community from Kabul. We are constantly monitoring the situation. Afghan leaders should take advantage of the clear support of the international community for the peace and reconciliation process,” he said. It is imperative to keep in touch with, there is no way forward except through peaceful settlement through negotiations.
Shah Mehmood Qureshi said that he would continue to urge all parties to adopt the path of peace and reconciliation. He did not want to see a new era of civil war begin in Afghanistan. It is feared that it is important to be wary of those who cause trouble inside and outside Afghanistan. The troublemakers can use the situation to their advantage.

The Foreign Minister said that Pakistan’s role in the peace process was widely acknowledged, adding that Pakistan could be most affected by the civil war in Afghanistan.

Shah Mehmood Qureshi said that the third wave of Corona has forced us to review the movement on the border, border control, smart lockdown in cities and other measures are trying to control the epidemic, to avoid the increase in Corona. We will continue to monitor the situation at the borders.

He told the British Foreign Secretary that the Pakistani government was concerned about the British decision to remove India’s name from the “red list” for travel, adding that keeping Pakistan’s name on the list would hurt those with dual citizenship. The British government will reconsider its decision regarding Pakistan.