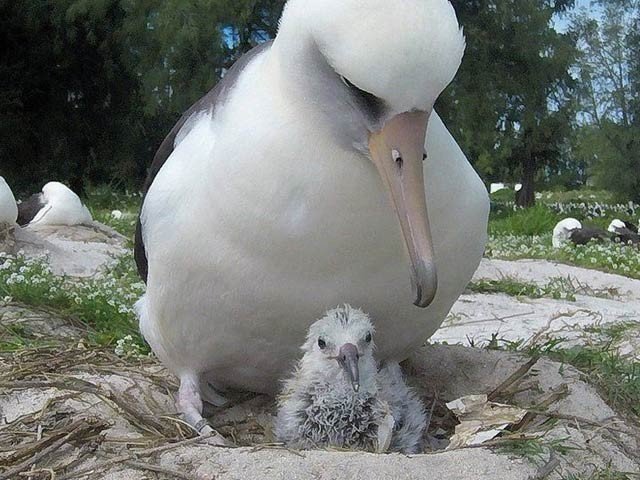 Chicken recovered from the eggs of the world’s oldest bird

Hawaii, USA: According to human information in the United States, a chicken has been born from the egg of the oldest seabird at the age of 70 years. This female bird is called Wisdom.

According to the US Fish and Wildlife Service, an albatross chick of the Lesson breed came chirping around the world on February 1, and the incident took place in a bird sanctuary in the North Ocean. Interestingly, Lesson albatrosses typically live 12 to 40 years, but surprisingly Wisdom has reached the age of 70 since it was first observed and noted by scientists in 1956.

She is a woman and has been living with her new partner since 2012, perhaps even before that she has been living with many other partners. Although the egg hatched on February 1, it was officially announced a week ago.
After laying eggs, she was busy in the seas in search of food while her male took care of the eggs. Now, after the chicks are born, the two take turns taking care of their diet.

It should be noted that these birds are living in Midway Atoll Wildlife Sanctuary, which is also the largest colony of albatrosses in the world located in Hawaii.