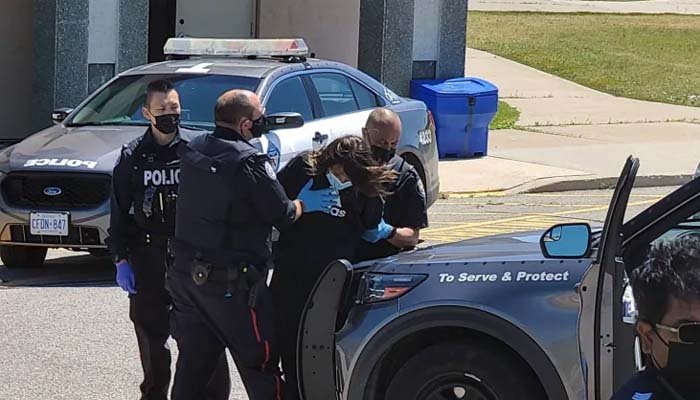 Canada: Another Islamophobic incident, 2 people arrested for breaking into a mosque
Another case of Islamophobia has occurred in Canada in which a woman and a man tried to break into a mosque and made serious threats to the administration, including planting explosives.

According to foreign media, a man and a woman tried to force their way into the Islamic Institute of Toronto in the Oscar Borough area of ​​Toronto, the capital of Canada, on which people immediately informed the police.

According to media reports, eyewitnesses said that a man and a woman in the Oscar Borough area tried to break into the mosque and threatened to plant explosives, prompting police to be called.

Police say they received a complaint from the Islamic Institute around 12 noon local time, in which men and women were reportedly forced into the mosque and threatened.

According to police, the two men who tried to enter the mosque have been arrested while no weapons or explosives were recovered from them.

According to police, it is possible that both the men were intoxicated.

Toronto police did not release further details about the suspects or their intentions.

Last week, a militant in Canada trampled a Pakistani family under a truck on the grounds of religious bigotry, killing four members of the family.