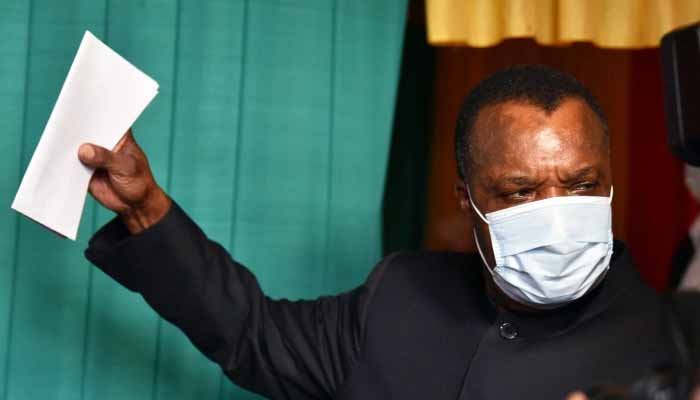 Brajman Denis Sasso, who has been in power for 36 years, was re-elected President of the Congo

Denis Sasso was re-elected President of the Congo.

According to foreign media, in the preliminary results of the presidential election, Denis Sasso has won with 87.57% of the vote and he has been re-elected President of Congo.

According to media reports, 77-year-old Dennis Sasso has been in power for a total of 36 years and he first came to power in 1979, while he returned to power in 1997 after losing elections to various parties for the first time in 1992.

According to media reports, the Interior Minister, who is considered a representative of the Congolese Electoral Commission, declared victory in the election of Denis Sasso when the chances of his victory were already clear as the main opposition parties boycotted the March 20 elections. What was

A losing candidate in the presidential election has announced that he will challenge Dennis’ victory in court.

It should be noted that shortly after the elections in Congo, the main opposition presidential candidate Perfet Coleas died of the corona virus.