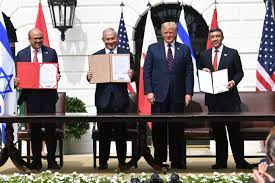 The Biden administration has also agreed to sell arms to the United Arab Emirates. The Biden administration has informed the US Congress about the proposed arms sale. The State Department says the Biden administration will move forward with arms sales to the UAE. Sources say the United States is selling ڈالر 23 billion worth of weapons to the UAE, including state-of-the-art equipment. A State Department spokesman said the Biden administration was taking steps to meet defense agreements with the United Arab Emirates. The statement added that details of the agreement were being reviewed and that consultations with Emirati officials on the use of the weapons were under way. In the United States, the president of the Democratic Party, Joe Biden, has stopped reviewing the agreements reached by former Republican President Donald Trump after assuming the presidency. Donald Trump’s administration ratified the arms deal in November last year after the UAE established diplomatic relations with Israel. The bill was introduced in Congress in December but was thwarted.