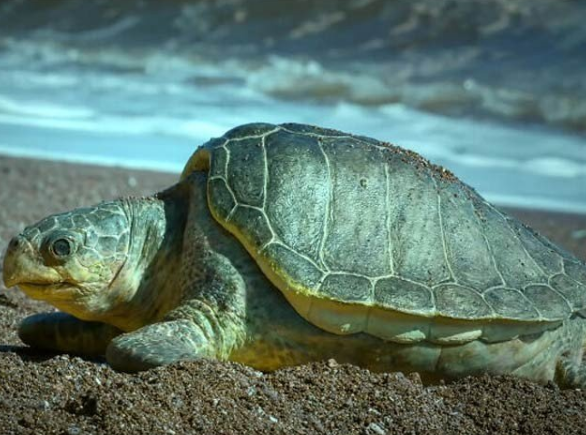 An electric egg-laying robot turtle closer to reality
Costa Rica: A tortoise robot that is very close to reality has created a stunning video of hundreds of turtles on the shores of the North Pacific region of Costa Rica, which was not possible before with traditional photography. The documentary also uses a robot bird, the technology of which is mind boggling.

Interestingly, up to 20,000 female turtles come here in a day to lay eggs, and 15 to 20 years ago they all hatched from the same eggs because the females in the hatchlings hatch in one area, laying eggs on the same shore. Come to give
The interesting thing about the robot turtle is that it went to the beach and laid artificial eggs which can also be called electronic spy eggs. His stomach was filled with electric eggs and each egg was equipped with state-of-the-art cameras. It was all about the PBS Nova sci-fi movie, and the world was stunned when the stunning footage of robots and eggs came out.