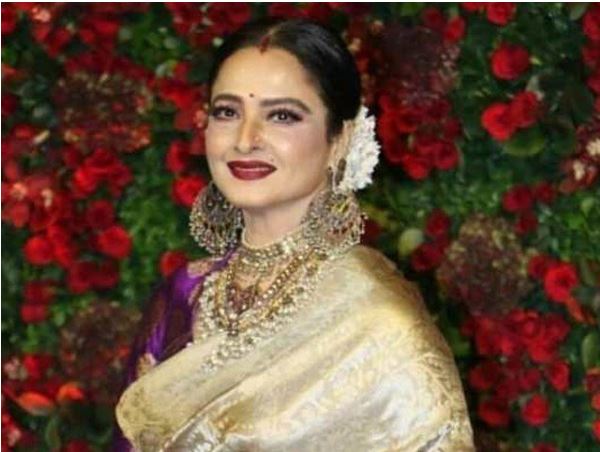 Who doesn’t know the legendary actress Rekha of Indian film industry, Rekha ji has not been a part of any film for a long time but Rekha ji is definitely seen in any award function or ceremony. Rekha ji is second to none in the field of acting but she is also very fond of singing which the actress has adopted a unique style to fulfill.

According to Indian media, actress Rekha calls various Bollywood actors to fulfill her passion for singing and then sings to them. There is talk of Rekha singing all over Bollywood these days.
The Indian actress says that one day Rekha ji called me which surprised me a lot but even more surprising was that Rekha ji sang the whole song, not only that, many Bollywood actors say that He has been called and sung by Rekha ji.