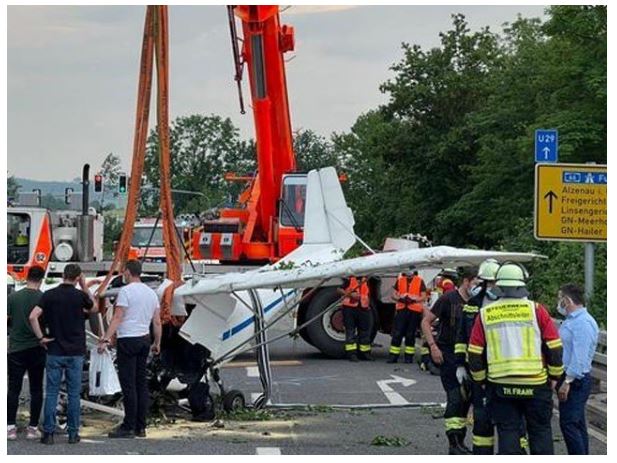 A small plane crashed on the road in Germany, killing 2 people

Frankfurt: A small passenger plane with an engine crashed on the highway in Germany, as a result of which 2 people were killed.

According to the international news agency, in Frankfurt, Germany, a small plane with an engine hesitated, first hit a tree and then crashed on the road.

Fortunately, no vehicles were passing by when the plane crashed on the road. Both occupants of the plane died in the crash.
Rescuers began rescuing the bodies from the wreckage. The dead were aged 53 and 67, but their identities were not released.

Federal Aviation has formed a committee of inquiry into the cause of the crash. Information about the destination and ownership of the aircraft has not yet been obtained.