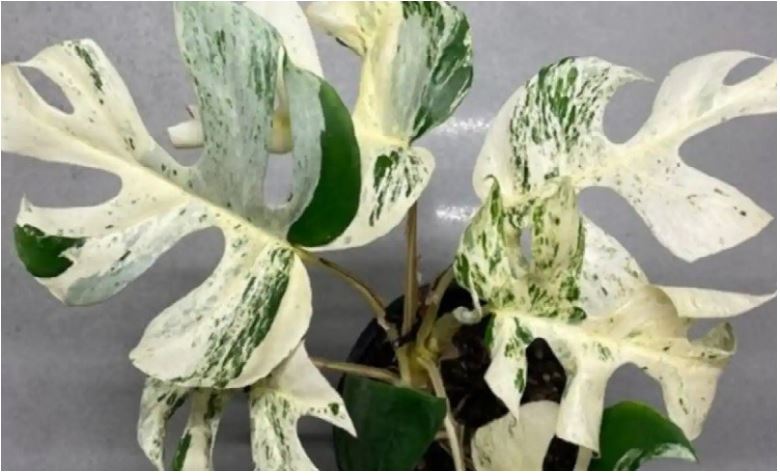 A plant worth Rs 30 lakh, what is special about it?

A rare plant with only nine leaves sold for a record-breaking  14,000 (approximately Rs. 3 million) during a bid on an online auction site in New Zealand.

According to the report, the bidding for this rare and diverse species of Rafidophora tetria sperma lasted for a week, which ended on Sunday night.

A spokesman for the website TradeMe told CNN that it was the most expensive home-grown plant on their website.

Mill Sylvester says that until the last moment of the auction, the number of people who saw this rare plant was more than one hundred and two thousand while 1600 people were on the watch list.

He said that since May 2019, the average price of houseplants has increased while the prices of rare plants have increased significantly.

According to the details of this plant available on the website, it has eight leaves while its ninth leaf is coming soon, all its leaves and its stem are diverse and it is planted in a 14 cm pot.

This is not the first time that Rafidophora tetria sperma, also known as Mini Monstera, has been sold at such a high price. Bought in pounds.

The report says that mutations in the plant, found in southern Thailand and Malaysia, cause leaf diversification and increase its value.

According to the Garden Best website, the plant was first discovered by British botanist Joseph Hooker in 1893. The plant grows in the sun and can grow up to 12 feet tall.