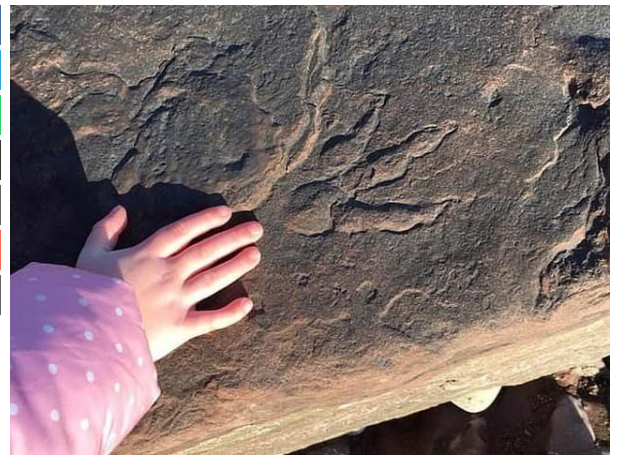 In January 2021, four-year-old Lily Wilder was walking with her parents on a coastal area called Bendrex Bay when she came across a strange spot in the Berry area and found footprints of a carnivorous or theropod dinosaur. Experts have since looked at them and said they are traces of 220 million years ago that have been preserved in the desert soil. It should be noted that this area is famous for its ancient animal artefacts. Here Lily was passing by with her father Richard when she saw a sign on a rock and said to her father, “Abu, let him see.”