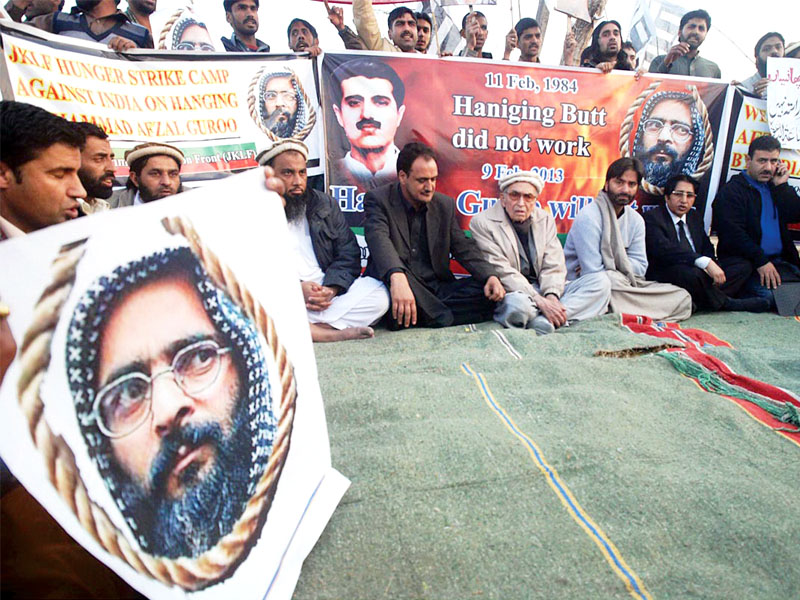 According to the Kashmir Media Service, Kashmiri citizens are protesting against the Indian occupying forces. On the other hand, the puppet government is on alert to control the protests and the internet has been shut down in the occupied valley.

It may be recalled that Afzal Guru was secretly hanged in New Delhi’s Tihar Jail on February 9, 2013 on charges of attacking the Indian Parliament on December 13, 2001 and was buried in the jail premises.

Afzal Guru was 44 years old at the time of his execution.