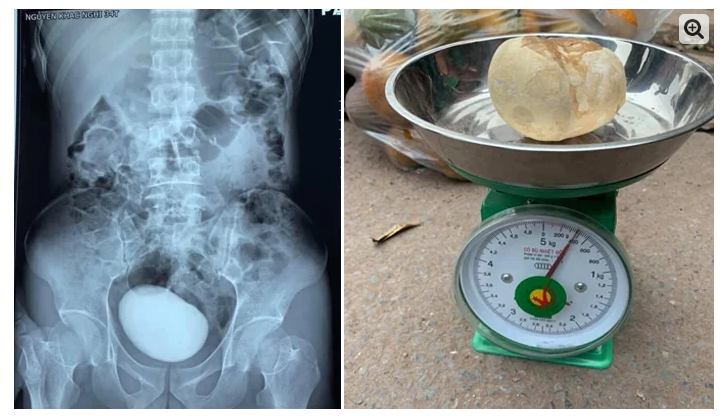 A 400 gram stone came out of the woman’s bladder
We may all have heard of kidney and bladder stones, but today we will tell you about a woman who had a stone weighing 400 grams in her bladder.

According to the Vietnamese news agency, the 34-year-old woman was brought to the emergency ward of a local hospital due to severe abdominal pain, where the woman underwent a CT scan and doctors were surprised to find a large and solid substance in her bladder. Doctors then immediately operated on the woman and removed a stone 10 cm large and weighing 400 grams from her bladder. According to a 2014 report by the Turkish General of Urology, very few cases of stones weighing more than 100 grams have been reported.